Advent 2020 begins on Sunday, November 29th. Which gives me more or less four weeks to get ready. In order for Advent to be a peaceful and faithful time I like to get as much of the Christmas prep out of the way as possible. So in the four weeks leading up to Advent I have this plan.

This week we are making lists and taking inventory. We have a list of the things we want to do during Advent and put events on the family calendar, a list of crafts that we want to make and a shopping list for what we need. Any parties we are wanting to host and what we need for them. Menus, cookie baking, candy making and Christmas giving as well.

Deep cleaning and Organizing is pretty straight forward. (weather permitting we will put lights on the house but not start turning them on until after Thanksgiving. ) During this we will go through toys, cloths and craft supplies and get rid of anything that we can. Anything we find we will need can get added to our lists.

Shopping week we will go through our lists and order any gifts that we need. My goal is to have Christmas shopping done this week so that I am not doing the stress shopping thing during December. We also buy non-perishables that we will need for baking and cooking and anything that is on our shopping lists and of course, Thanksgiving dinner shopping.

Thanksgiving week is basically set aside for the big feast, and making Advent wreaths, setting up the Advent calendar and family time. We don’t do Black Friday shopping.

Which all leads into a more peaceful Advent that we can focus on the birth of our Savior and making happy family memories. 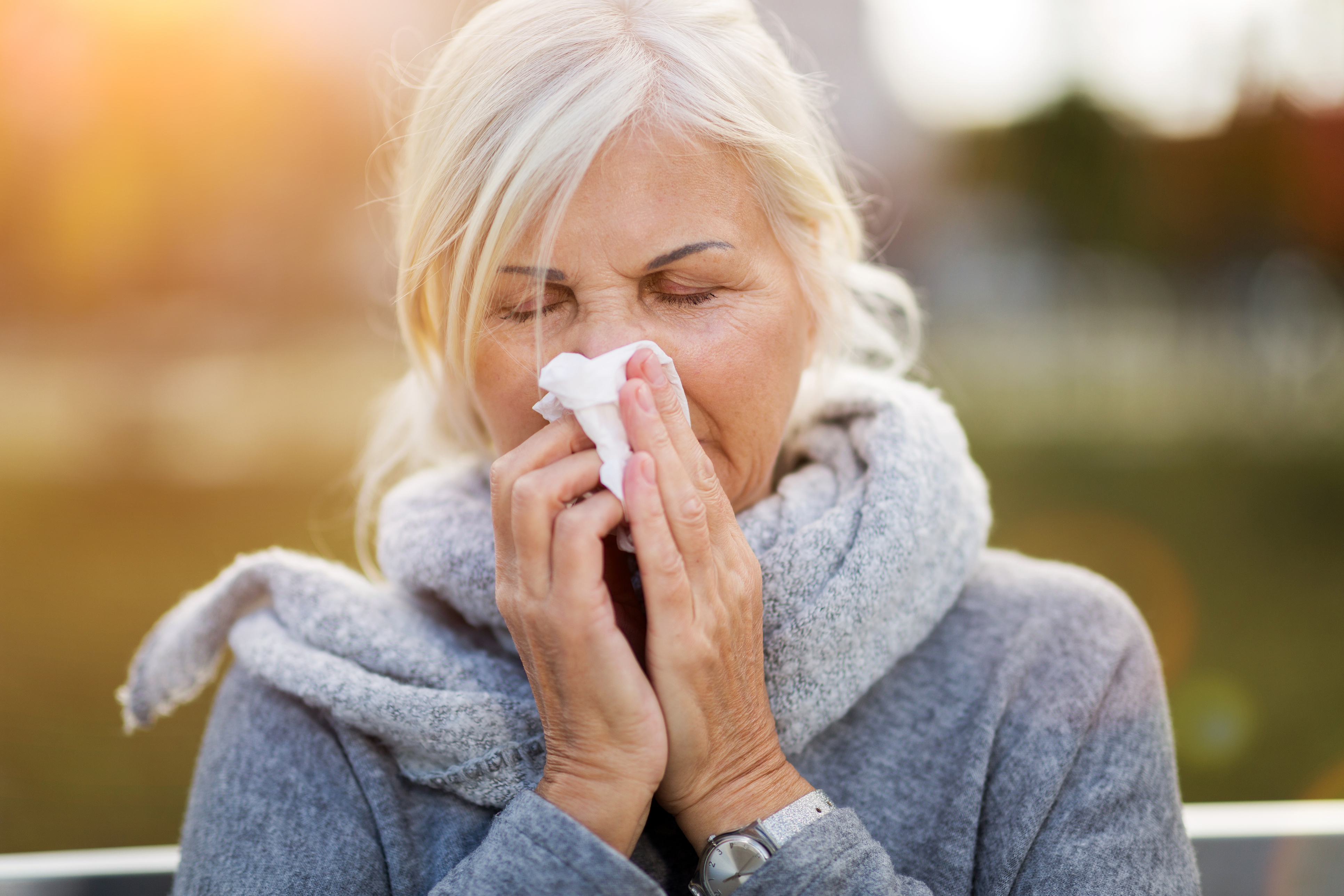 You might think the COVID-19 concerns are panic and overblown – or you might think that we aren’t doing enough fast enough.  The reality is probably somewhere in between, but I want to take a minute here to plead with our church leaders to think through what coronavirus can mean for your parish.

Your parishioners are probably older.  Sure we all want to think we belong to the one fabulously vibrant youthful parish, but the truth is that you have a lot of the 65+ crowd in your pews every Sunday.

You bring people in the community who normally aren’t together into the same space every mass.

Your children are germ machines.

People touch things and each other at Mass, they sneeze, they cough – they spread diseases.

Just think of this scenario: Little Bobby goes to school and contracts coronavirus from a classmate on Friday.  He is asymptomatic, but he is carrying the virus.  He sneezes into his hands on the way to mass because he is 6 and six-year-olds do that sort of thing.  Mom and dad are busy talking about the fact that the big game they have tickets to this weekend was canceled – no one thinks to wash their hands before entering the chapel.  The family enters the church and Bobby places a finger into the holy water and makes the sign of the cross, he touches three pews on the way to his seat, he runs his hands over the back of the pew in front of him.  He shakes Susan’s hand at the sign of peace.  Susan lives in the retirement community across the street.  In three days she will be showing signs of illness, in 14 days most of the people living in her community will have COVID-19 and several of them will die.

This is not unlikely.

If your Bishop has not taken the brave and prudent step to suspend mass what can you reasonably do?

At the very least

If you are in a parish and your priest in not taking measures like this what can you do?

Make prayer part of your hand-washing to fight virus

This is a beautiful and peaceful video exploring the world through a Coptic monk.

I somewhat hesitated sharing this video.    Watch it first, if you are interested and want to avoid “spoilers”.

So you watched it?

Are you sure you don’t care about spoilers?

Ok – you have only yourself to blame at this point.

I loved this video.  From the lady using confession to gossip about her snotty neighbor the the anguish of the priest when he realized that the penitent before him was the man who killed his father.  And I get that he was lifting a burden by lying.  But he was lying.  I don’t think it was necessary for the story and there were other ways that it could have been dealt with.

When I considered sharing the video I hesitated.  Do I really want to share this with such a problematic bit in the ending?  It is human nature to pick these sorts of things apart and blow them up far past what the deserve.   But in the end this video has several qualities that I think make it worthwhile.

First: the priest is just a guy — who at that moment is acting as God’s active conduit of mercy and love.   It is a struggle for him,  he does it (arguably) badly, but he does it.     I think it is valuable for us to keep in mind that our priests are men, men who love and hate and weep and laugh.   Media has a tendency to often either idolize priests or debase them.  This video does neither.

Second: the penitent really needs confession and illustrates the need for confession.   It is one of those common “Ask a  Catholic Questions”: “Why do I need to confess to a priest, I can just confess to God.”  Sure you can, but when you are heart torn and painfully aware of the magnitude of your sin, when you question the very possibility of  redemption then you need to hear in the physical world the comfort of absolution.  The penitent could have prayed for forgiveness a thousand times, but until he heard the words he would never be able to start letting go of the sin and the despair that  accompanies it.   One of Satan’s most successful lies is the idea that you don’t need to speak your sin to anyone but God.   I chains us in despair and prevents us from acting forward in mercy and forgiveness.

Now for the problematic part.

We can look at the idea of lying to the penitent in a few ways.

One rather artistic idea from the comments on the video was that our sins are washed away in confession to the point that in the eyes of God they never happen – so in a certain sense the priest’s father wasn’t killed by the penitent.  But that is really  an Obi Wan “certain point of view” moment and not really satisfactory.

We could also attempt to view it as just an act of Mercy.  The priest lied to comfort a dying man   There is no denying that the man who is relieved of this burden feels immense joy, but the joy was based on a lie.   At the very end the priest even postulates  that it might be worse that he lied as a priest.   In the end if the priest had maintained honesty, forgiven the penitent  both in the sacramental and in his own heart and had communicated that to the penitent we could have had a very powerful ending.  Not the joy that the penitent shows, but a something based on reality and truth.

So in the end I decided to share this, not because it is perfect, but because its imperfections make me think and make for a good conversation.  Is a lie ever worthwhile?  If this is not such a case what would have been better and what would have looked like?  How would Christ have approached this differently?

Author of: Introduction to the Devout Life among others.

A friend once asked me why I “do Lent”  when it isn’t in the Bible.   Sailing right by the fact that there  are many things that Christians do that really aren’t in the Bible, a bunch of things we don’t do that are in the Bible and Catholics don’t really hold to the idea that the Bible spells out all we need to do.  (Note that Christ specifically commissions Peter to build his Church, but there is no where in the Bible where he mentions collecting the letters of his followers and using this scripture in addition to the Old Testament scriptures that He himself had)  But the question about Lent still left me scratching my head.   This friend celebrated Christmas and Easter as “Bible based”  but missed that Jesus is often described as drawing away for a time for prayer and specifically in Mathew 4:1-11  his journey into the desert for 40 days is described.   I am pretty sure if you are following the Magi and giving gifts on Christmas and marking that Biblical you will have a hard time chiding me as non-biblical for making small sacrifices in immitation of Jesus’ great fast.

As Catholics much of what we do is the living action of liturgy to keep us ever immersed in liturgy.  Most of us aren’t going to drop everything and follow Christ into the desert like the Desert Fathers and Desert Mothers or take on the rigorous Asceticism of some of out Saints, but we can follow them in small ways within our own gardens.

So Lent brings us to our own desert.  This year for me I am starting out rather badly as I have spent the last day and a half in bed and my car is in the shop.   As a family we have given up TV and the children were remarkably on board with that.   We are doing our 40 bags.

Images: St Agnes by Corrado Giaquinto  and St Agnes of Rome by Domenichino

“As Christ has His work, we too have ours; as He rejoiced to do His work, we must rejoice in ours also.” ~St John Neumann

The first native-born citizen of the United States to be canonized.

“The first end I propose in our daily work is to do the will of God; secondly, to do it in the manner he wills it; and thirdly to do it because it is his will.  -St. Elizabeth Ann Seton “

“Troubles are usually the brooms and shovels that smooth the road to a good man’s fortune; and many a man curses the rain that falls upon his head, and knows not that it brings abundance to drive away hunger.”  + St. Basil the Great

Let us treasure up in our soul some of those things which are permanent – not of those which will forsake us and be destroyed, and which only tickle our senses for a little while.
+ Gregory of Nazianzus